Michele Hunt said, “Leadership is a serious meddling in other people’s lives”.

There are rare moments in time when the power that comes with leadership so poignantly aligns with Michelle’s comments, and we are experiencing one of them right now. The COVID-19 pandemic is highlighting who can lead, and who can’t lead.

Who contributed the discretionary effort to move online?

Think for a moment about what has been achieved in so many industries in such a short period, in moving from on-site to online working. Imagine if COVID-19 didn’t exist, and you set up a project to make this move. If you suggested it could be completed in less than two weeks, most people would have requested you be certified as insane! Yet, in so many industries and educational systems, it was achieved with a remarkable level of success. 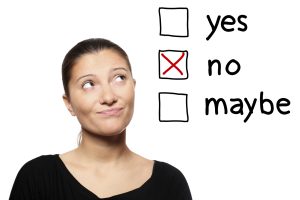 In a pre-COVID-19 world, it isn’t hard to predict that a project like this would take up to a year to complete, and there would be enormous hurdles and resistance to overcome. In terms of what such a project would cost, I’ll let you guess, but it wouldn’t be cheap.

How, then, was such a remarkable shift in the way we work, achieved so quickly? There are many answers, but an extremely important and often-not-mentioned one is the discretionary effort of employees.

The discretionary effort of millions and millions of employees enabled this change to be implemented with speed and effectiveness. In the majority of cases, countless hours of unpaid effort has gone into allowing this shift to occur. No doubt that is what was required, and it needed to happen. But the true cost of the change has not been worn by employers. The actual cost, the value of the discretionary effort, has been paid by employees. This needs to be remembered by leaders as we adjust to the new normal of working in a COVID-19 world.

Unfortunately, weak leaders are surfacing. Leaders who are industrial age thinkers who prefer an orderly, controlled and step by step, clock-on and clock-off world. While these leaders were happy for the discretionary effort to occur to move from on-site to online working, they don’t trust their employees. In their view, employees must be controlled; otherwise, they won’t work.

Yet, the evidence is overwhelming that employees were not, in fact, lazy. They did put in extraordinary discretionary effort to make the change happen in such a short time. What drove their effort?

They knew it had to be done; otherwise, everyone would suffer. They had a clear purpose, and were driven by values and passion and did what had to be done, to enable their organisations to continue. No doubt, self-interest has also been involved. Of course, it has been in an employees’ best interest to do what needed to be done to keep their jobs.

However, several weeks after moving to an online world, I’m aware of leaders approaching staff and requesting them to prove how many hours they are working. In some instances, leaders have identified hours that are no longer timetabled in the shift from on-site to online work and have requested staff to either select having their pay reduced, or to work additional hours to balance these un-timetabled hours. This action is based on the assumption that there hasn’t been any change in the preparation time required in moving from an on-site to an online environment, yet I’m equally aware that this is a false assumption for many people. They are putting in more preparation time than ever. Once again, discretionary effort is being called upon for this to occur. Once again, employees are wearing the cost.

Folks, employees have been doing all of the above, despite the enormous stress of COVID-19 itself, in addition to whatever their personal circumstances are at home and all the other changes they are continuing to endure. The last thing they need is their leaders adding to their existing stress levels.

Trust in your people

Now is the time for leaders to show that they trust their staff. Why? Discretionary effort is going to continue to be needed for as long as we are living and working in a COVID-19 environment. And the best minds in the world estimate that will be between 12-months to 18-months.

If you were an employee who put in an enormous effort to help keep your organisation going, and only a few short weeks after putting in that effort, you were challenged to prove how much you were working, or given the ultimatum of earning less money or doing more work, despite having to already to more preparation, what do you think would happen to your engagement with that organisation? Would it be likely to go up, stay the same, or go down?

You don’t have to be a rocket scientist to guess that your engagement will go down. When your engagement goes down, your willingness to do discretionary effort goes down. This happens to even the most engaged employees. When discretionary effort goes down, productivity goes down. This is the point at which industrial age leaders take notice. This is when the “numbers” start to be impacted. Of course, who do these leaders blame? The employees!

Yet, it was poor leadership that caused the problem. Not a lack of dedication from the employees!

Leaders, you must have your eye on the medium to long-term at this time. Show your people that you trust them to be doing their job. Recognise the discretionary effort they have already contributed. Avoid micro-managing them. If you have concerns that some staff may not have enough to do, reach out and ask them if they want more to do – don’t tell them that you have already identified they have fewer hours and therefore they have to accept less pay or choose to do more hours. Let them come forward. Give them a chance, and they will. The evidence that this statement is true is that they have already proved they will do the right thing by shifting so quickly to working online. Ask them if their preparation requirements have changed so that it can be included in the conversation regarding how much they are working. Remember, when this is over, you are going to need to retain your most talented people if you want to thrive in the future. Your behaviour now will sow the seeds of increasing their engagement or decreasing it.

Continually ask yourself, “Is, what I am about to do, likely to increase, or decrease the engagement of the people I am leading?”

Even the most economic rationalist thinkers among you, understand that talented, engaged staff are the most productive. Please make sure that your leadership enhances that formula, rather than detracts from it. Honestly, it is the way forward through this pandemic if you want to ensure your organisation thrives on the other side.