Preparing powerful questions can be one of the most important practices that a leader can include in their repertoire of leadership skills. Powerful questions have the following four characteristics: 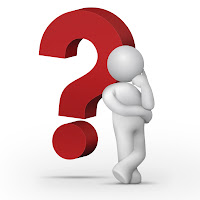 On the surface creating powerful questions may seem easy. My experience has taught me otherwise. Just like any skill, the ability to develop powerful questions takes time and effort. In programs where we teach people about the importance of developing their questioning skills, the participants often experience difficulty in generating questions. People often say, “I’m really good at answering questions, I’m just not very good at creating them!”

We encourage people to adopt a practice whereby any meeting that you are about to attend, you spend some time thinking about the types of questions that you could consider asking. When adopting this practice there are at least two levels of questions that should be considered. These are the ‘Big Picture’ or strategic questions, and the second level is the action or event level questions. Most people have a tendency toward the action questions which often create a cycle of problems, questions and actions that may not be connected with the strategic possibilities that may exist.

Developing your questioning skills will enable your to develop the capability to catalyse and conduct more Conversations That Matter®.

For example I recently conducted a program where a team of participants were helping another participant (Dan) to prepare a list of powerful questions for a meeting that he was about to conduct with a team member Judith, the following week. Dan was an experienced manager and had authorised leave for Judith who had been with the organisation for about four months and had just completed a training program for her role. Judith had proven herself to be highly competent in her short time with the organisation. Two other staff were to share Judith’s duties while she was on leave. Dan had asked Judith if she was happy to train the two people to do her work and she had agreed to do so.

Dan was happy that he’d been able to allow Judith to go on leave and was pleased that two other staff had been trained to do her work. However, on the first day that Judith was on leave he discovered that while the two staff had been ‘shown’ what to do, neither of them had actually been given the opportunity to ‘do’ the work in their ‘training’ and therefore had little idea about how to do Judith’s work.

As a participant in our program Dan was preparing his list of questions with the help of the rest of the participants in his group. Initially, the questions that the group generated included:
o Did you know that the two staff didn’t really know what to do when you were on leave?
o What did you expect would happen on the first day of your leave?
o Why didn’t you train them properly?

To me, these questions were very much at the action/event level because they are focused on the detail that is ‘right in front of our eyes’. In this example it was clear that the staff had not been trained properly because their performance was lower than expected. Action-event level questions are like zooming in on an issue with a video camera. The problem with starting at action-event level questions is that if you are looking at the wrong picture you will zoom in on the wrong details!

Such responses are quite normal from our program participants because, once again, most of us are used to answering questions rather than designing them. When I asked the group how they would have responded to the questions themselves if they had been Judith, the group (including Dan) reported that they would probably feel like they were being attacked. I then asked Dan if Judith was a specialist in the field of training. He said “No.”
Dan had a sudden ‘a-ha’ moment and then said, “…yet I expected Judith to know exactly how to train someone in her job. Just because she could do her job doesn’t mean that she’d be able or competent to train someone else to do it. I have assumed for years that people could train others to do their job. Some people probably can, but not everybody.”

“Well, other than staff training other staff to back-fill them, there really isn’t one. And come to think of it, we regularly have performance issues when staff go on leave, which then leads us to be reluctant to approve leave in the first place.”

Strategic questions enable us to zoom out, to take in the whole picture and to see how the system is contributing to the issue, not just a single individual.

Dan had another ‘a-ha’ moment. “You’re right! That’s exactly who we should be preparing this list of questions for. My focus was in the wrong spot. It was very easy to blame Judith, but actually those of us leading the organisation need to take responsibility for this issue. Under-performance when people have gone on leave has been a problem for years.”

For the first time Dan’s thinking on this issue had shifted. Nothing more than a shift in focus from creating answers to creating questions and a couple of strategic questions had enabled Dan to think differently.

Finally after generating a list of questions for the Leadership Team (including both Strategic and action-event level questions), Dan was asked by another group member what his intentions regarding meeting with Judith would be. He answered, “I’ll ask her about her holiday and fill her in about what’s been going on while she was away. I’m not going to focus on the training, not yet, anyway. I was blaming her but it wasn’t her fault. It was ‘our’ fault, including mine. When the time is right I’ll seek her input to the new system that we clearly need to create.”

In conclusion I asked Dan and his group how they would feel if they were Judith when she had the ‘new’ conversation that Dan now had planned to have with her. “Great! I’d feel like Dan actually cared about me and was interested in my holiday.”

Preparing questions before meetings is a very powerful practice to include in your repertoire of leadership behaviours. Remember to prepare some strategic questions, and as soon as possible to introduce them to your conversation. A simple, yet effective action-event level question to be asked after discussing your strategic questions is, “What will we do next?”.

If you are trying this practice for the first time, please let us know how you go. In addition, please share the questions that you used that seemed to be effective in helping the people with whom you are working to shift their focus to a more strategic level.