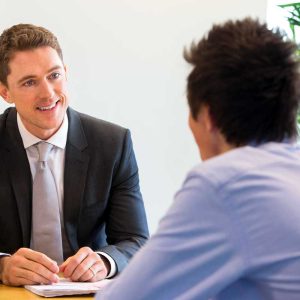 We spoke about having a candid, open conversation with his boss. We explored the worst possible outcome from such a conversation, as well as what success would look like. We also explored the consequences of continuing to avoid the conversation. They weren’t pretty.

We agreed on an approach that would give the conversation an opportunity for success. It was based on the evidence that his boss had never rejected a request for a conversation.

Brene Brown says that you are truly vulnerable when you can’t control the outcome, yet take action despite your vulnerability.

My client took action using the conversation skills we discussed. He was vulnerable with his boss.

The outcome? Their initial conversation went for 90 minutes, which was the longest conversation they had in years. None of the worst-case scenario assumptions that my client had been using as his reason for not having the conversation were remotely accurate. Specifically, his boss did not think he was paranoid and was glad he had raised the issues that had been concerning him. Furthermore, his boss suggested they structure bi-weekly one on one meetings to which my client agreed.

Fast forward four months. “I’m doing my best work here at the moment.” Wow! Given his record, that was an outstanding statement.

“Has this got anything to do with your initial candid conversation with your boss?” I asked.

“It has everything to do with it.”, was his reply. It’s fair to say that my client received full value for his annual fee in that one session and is now in ‘bonus’ territory from an ROI perspective.

What conversations are you avoiding with your boss? Are you prepared to be vulnerable? Do you have the conversational skills required for such a discussion? This article will help you get started.