Within a matter of days, millions of workers transitioned from on-site offices to working from home. In many instances, people overcame extraordinary obstacles to be able to continue to contribute to their organisation. It’s time we paused and recognised the value of that effort by so many people.

Imagine if a project had been created

With a considerable portion of office-based work expected to continue to be conducted from home for the foreseeable future, the economic benefit of what has occurred is a Good News Story that ought to be told. 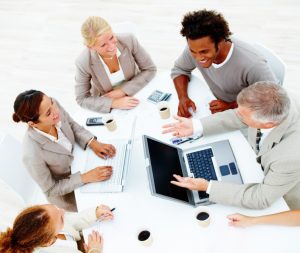 Imagine the pandemic did not exist and on the 28th of February, the executive of your organisation announced a project to have all office-based staff to have the capability to work from home by the 31st December 2020.

The project team would probably have encountered many forms of resistance along the way, each of which would have catalysed a series of meetings and consultations. It isn’t hard to imagine that the cost of labour for implementing such a project would be high, let alone the value of the consultants, investment in technology and equipment.

Plans would have been extensive and monitored and adjusted along the way.

And, despite all the expense, there is no guarantee the project would have succeeded by the due date. Too many people, especially in senior management positions, would have believed that people can’t be trusted to work from home and that productivity would suffer, thus rendering the project to the scrapheap. Resistance to this project would have likely killed it in most organisations.

Due to the absolute clarity that staff had about the fact that they couldn’t remain on-site, within days, they found a way to set themselves up at home and started working. In most cases, this was completed with existing tools and technology and leveraging off the internet or personal hotspotting services they owned. If you step back and think about it, employees were subsidising the cost of technology for their employers.

This outcome was achieved within a matter of days with little or no planning, and in many cases, little or no specific support or direction from management. The message was clear. You can’t come into the office, so get yourself set up at home. We’ll ‘see’ you on Monday.

The evidence available indicates that the effort by staff to go home and continue to work effectively and productively has been a resounding success. Organisations have continued to operate, and their people continue to work from home. That’s the evidence.

This outcome was achieved through the discretionary effort of staff. This is when people take action, of their own accord, on their own time, to complete work for their organisation. I’m aware of a senior manager who was living with his partner and three primary school-aged children in a rental property because his house had been sliced in half by a fallen tree in December 2019. He moved back home at the start of the Easter school holidays to discover that the internet had not been reconnected and wouldn’t be reconnected for some time. His children were all going to be remote learning at the end of the school holidays. His house was also in a gully, which meant that the reception he obtained on his phone was poor. He was not able to hotspot from his phone to his laptop. The signal was too weak.

He couldn’t work on-site, so what did he do? He got in his car, drove up to the top of the hill where he could get better reception for his phone, and sat in his car hotspotting to his computer so that he could attend online meetings and do his work. Seeing a parked car with a person in it for hours on end, spooked his neighbours, so they started knocking on his car window and inquired as to what he was doing. After hearing his plight, one of his neighbours offered to share their wifi service with him so that he could return home to do his work and his children could use the wifi to commence their remote learning (yes, this is an excellent example of community spirit, isn’t it!).

Everything he did was based on discretionary effort. No one told him what to do. He just worked it out for himself, under immense stress, so that he could continue to do his job. No doubt, this is only one example of many, many similar efforts that people did so that they could keep doing their job.

The effort of staff to do what they did to enable organisations to continue is worth at least the equivalent of what the imaginary project we discussed at the start of this article would have cost. This is the amount that organisations are indebted to their people. It will never appear ‘on the books’ but leaders ought to recognise the value of this effort and thank staff for what they have done.

The value of the sudden transition to working from home needs to be considered in the context of the ongoing well-being of staff throughout the pandemic. The disadvantages that some staff have had to overcome, and continue to need to overcome to be able to contribute to their organisations, need to be considered so that, for some people, productivity expectations are lowered. The fact these people can do anything far outweighs the ‘cost’ of lowering expectations on their productivity.

And, these people who have continued to match or exceed their pre-pandemic productivity levels, need to be monitored for their well-being, so that they don’t become exhausted. Leaders, please make sure that you are aware of precisely what each of your team members has done to be able to continue to work. Empathise with their situation and show compassion toward them. Recognise the true value of what they have done and continue to ask yourself, “Is what I am about to do likely to decrease the engagement of the people in our organisation?” If the answer is yes, do not take that action.

You have witnessed the actual value of engaged people; why would you do anything to reduce that? In the long run, the price you will pay for decreasing the engagement of your people for everything they have done to keep the organisation going will far exceed any short-term financial gains you think you will get from taking action that destroys engagement and the future discretionary effort of the people in your organisation.

What has the sudden transition to working from home been worth to your organisation? Has this value been recognised?