Little did I know the advice I would receive as a 14-year-old would last me a lifetime and prove to be invaluable time, and time again.

After having worked for more than four years from the age of ten rising at 5 am, six mornings a week as a paper-boy, the opportunity to get a ‘real’ part-time job was something I had wanted for quite some time. I literally could not wait to turn 14 and nine months old, the legal age for a ‘proper’ job. 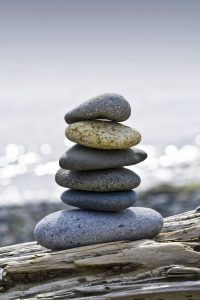 It was my first ever interview, and it was conducted in one of the booths at the local McDonald’s. Frank (I wish I could remember his surname as I’ve always wanted to track him down to thank him for his advice – maybe this article will help that goal!) was the store manager and conducted the interview. I was being recruited for a position “out the front” serving, rather than “out the back“, cooking.  At the time, it was unusual for boys to serve the customers. Frank wanted to see if I was suitable for the role.

Part of the interview included an on-the-spot math test. We had pads that included the whole menu and we would have to mark in the number of burgers and fries etc. on the notepad, perform quick multiplications in our head and then quickly add up the total price for the customer. Yes, you guessed it, there weren’t any automatic cash registers in those days!

At the end of the interview, Frank informed me that I had passed the test with flying colours and that I had a new job.

I was delighted. He then asked, “Gary, do you mind if I give you some advice about working here at McDonald’s?”

I thought to myself, “Frank, you’re my new boss. You can tell me the sun comes up in the west if you like!”, but what I actually said was, “Yes, please do!”

“Gary, you have been successful with this interview. Just remember that every time you come in for a shift, you are being interviewed for your next opportunity.”

I followed Frank’s advice and good things certainly did happen. I got lots and lots and shifts! I got to experience innovations like automatic cash registers, drive-through (which was first done via pad and pen when cars drove up to the window) and then the automation of drive-through itself. By the time I finished my time at McDonald’s, I had learned that Frank’s advice worked. And, I’ve used it ever since, and it still works today.

What did “…  being interviewed for my next opportunity” look like?

Firstly, I’d always turn up for my shifts before I was due to start. My uniform was always clean. I always did my best to do my job. We had a policy called “Clean as you go.” Whenever it was quiet, I’d clean and change the bins without being asked. When new systems were introduced, I was always an enthusiastic learner and listened to the trainers, asking questions as required. None of this was rocket science. But it worked. And, a good number of my fellow workers weren’t quite as diligent. So, it wasn’t hard for those of us who did work as if we were being interviewed for our next opportunity, to stand out.

Throughout my entire career, the mindset encouraged by Frank from McDonald’s has always held me in good stead, and I’m sure it will work for you too.